What’s the first thing that comes to your mind when you hear “scarab beetle”? Egypt and hieroglyphics? Flesh-eating beetles that chase you when you disturb a mummy? Guess what? We have dangerous scarab beetles here in the US too. One of which is the infamous Japanese Beetle.

The Japanese Beetle, Popillia japonica, is a type of scarab beetle found in the taxonomic family Scarabaeidae. That’s actually why scarabs are called scarabs – they’re all part of the same family. There are many different species of scarab beetle (over 30,000!), and they are found all over the world.

The Japanese Beetle is an introduced pest species originally from, you guessed it, Japan. It was first introduced to the states way back in 1916 in New Jersey. Since then it has steadily been expanding in all directions. It is a terrible agricultural, garden, and turf grass pest.

Adult Japanese Beetles can quickly devour the leaves of over 300 different trees, shrubs, and plants. Like my poor strawberry plants and raspberry bushes shown in the photos. I promptly disposed of the beetles once I took some photos. Its important to keep Japanese Beetle populations in check, because they can quickly skeletonize the leaves of entire plants if there is a large population outbreak. Even a small population of thee beetles can cause a lot of damage. Want to see how I recycle some of the beetles I have to remove to save my plants? Check out this Japanese Beetle Necklace and matching earrings.

The larvae (aka baby beetles, aka white grubs) aren’t any better than the adults when it comes to plant damage. Unlike the adults though, the larvae hide in the soil and eat the roots of our grass. If you get a lot of them in your lawn, or maybe on the golf course, they can leave large patches of discolored or dead grass. Super destructive creatures at any age. On the bright side, at least we don’t have to worry about the Japanese Beetle chasing us around trying to eat our flesh! That’s just in the movies. They are only dangerous to our plants.

Fun note, if you are trying to catch Japanese Beetles by hand, as I was to take them off my plants, hold a pan or container of some kind underneath them. Most insects will promptly try to fly upwards to escape, because, well, they can fly and we can’t. Many herbivorous beetles, including the Japanese Beetle, will actually just “drop” or “fall” off of the plant they are on if disturbed. They do have wings and can fly (most beetles can), but instead they “drop”. So if you are trying to collect or remove them from your plants, hold something under the plant so they don’t get away when you go to grab or smash them.

Want to learn more about Japanese Beetles? The USDA has a really useful handbook with lots of pictures and maps HERE. Its free :)

As an entomologist and gardener, I am well familiar with these pestiferous beetles and generally consider them terrible nuisances. However, if I try to view them from an unbiased perspective, they are actually rather pretty aren’t they? With their metallic sheen and bronze and green coloring…. If you can get over the fact that they eat all your plants, or just think they’re pretty, or are otherwise a beetle aficionado, you may enjoy the results of my pest control/recycling/craft project: 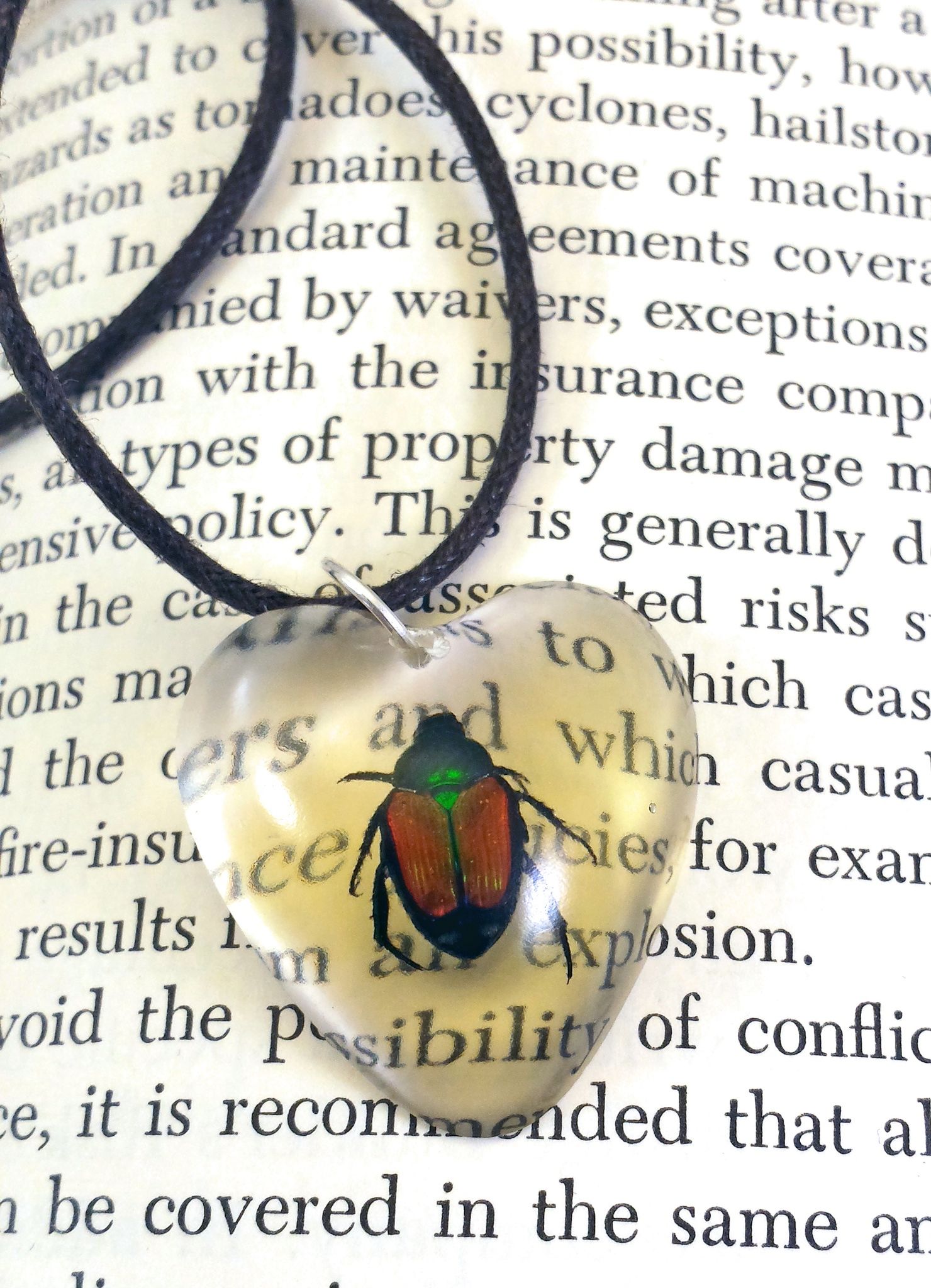 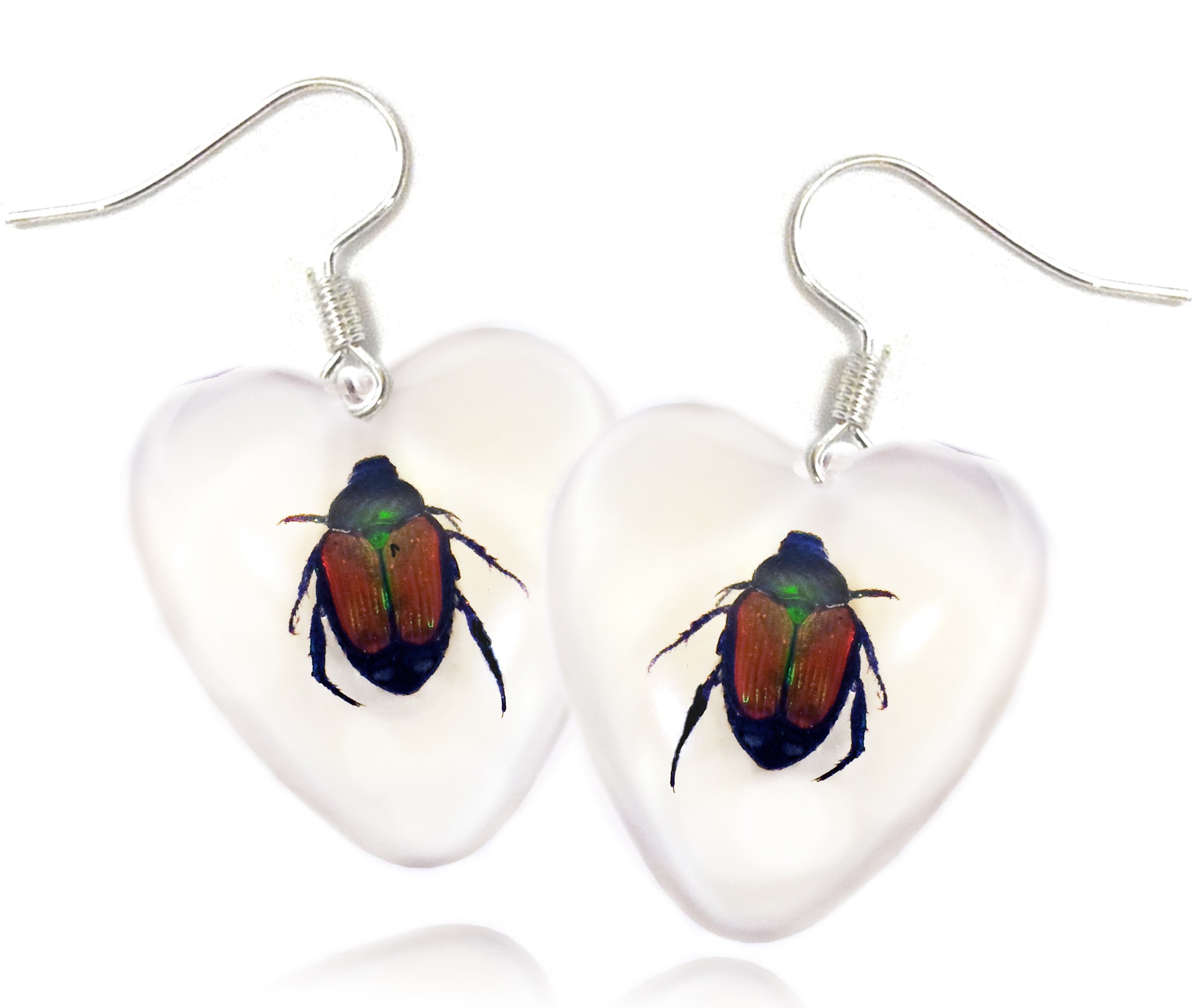 One of these things is not like the other... Pretty as a picture

_____
About
Written by an entomologist for the enjoyment of all... The goal is to post 1 new stories every week or so. Stay tuned!