Ack! What is that thing?! Are those pinchers!? Even though this bug looks a bit creepy, try not to wig-out (sorry couldn’t help it, lol). This weird looking critter won’t hurt you, or even try to crawl in your ear – despite the implication in its name.

This odd looking creature is the European Earwig, Forficula auricularia, (family = Forficulidae). While the Latin name literally translates to “forceps” (=forficula) “pertaining to the ear” (=auricularia), earwigs have little interest in pinching or climbing in your ear. The myth of earwigs searching you out, crawling in your ear, and either burrowing in to eat your brain or laying eggs in your ear is just that – a myth. Although it is possible that an earwig could accidentally crawl into your ear at night while looking for a place to hide, they are no more likely to get in your ear than a spider, moth, fly, or any other creepy crawly. There are of course some reports of bugs getting in someone’s ear, but it is very rare, and the poor creature is usually more than happy to make its escape. Once it can get free of your earwax (and hairs for some folks – you know who you are) and figure out where the exit is.

While the forceps part of the name clearly refers to pinchy looking bits on the rear end of the earwig, the “pertaining to the ear” part of name actually refers to the shape of the wings. Yes, believe it or not, the European Earwig actually has wings! Their wings are pretty large too, almost as long as the whole insect, but they are folded super tightly, origami style, up under the yellowish mid section of the earwig. Despite the large wing size, earwigs are pretty poor fliers. I probably should have tried to get one to stick its wing out for a picture, but I didn’t want to hurt it. There is a pretty good picture of one with its wing out on BugGuide if you want to see it. I suppose it could be considered ear-shaped. Personally I don’t know that that would have been my first choice for a name for the creature, but to each their own.

Moving on to the very concerning looking pincers on the rear end of the insect… While earwigs do sometimes use their pincers for defense, they really can’t hurt a human (or dog) with their butt pincers (aka cerci in bug talk). They may try to grab you with their cerci if you poke at them, and can sometimes succeed in catching hold, but they don’t hurt at all. Maybe a bit startling, but then their whole appearance could be considered startling… You know that annoying little cousin, or perhaps a well-meaning aunty, that likes to give you a good pinch on the holidays to show they care? Yeah. An earwig’s pinch is nowhere near as bad as something a family member may give you. I’d happily get pinched all day by the earwig to avoid a pinch from a human… Although I would prefer to avoid the smell the earwigs sometimes produce. Apparently, if disturbed too much by nosey entomologists (or curious nature lovers) earwigs can emit a foul smelling chemical to try and deter predators. Who knew?

Besides using their cerci to try to defend themselves, male earwigs use their pincer like cerci to wrestle with other male earwigs. There are usually two reasons males, (of many different animal species) fight – for limited resources, or for mating rites. Male earwigs fall in the latter category. They are fighting to impress the females. The males that win fights are more likely to get the chance to mate with the females than those that lose. One more thing the cerci are good for – telling the difference between males and females. At least for humans (I’m not sure the earwigs need to look at the cerci for this). Male cerci become really curved and look like grabbers (good for wrestling). The female cerci on the other hand are mostly straight and only get a little curve at the tips if any (kinda like scissors, you know the kind you thought could go through anything, but then you mangled them a bit?). This actually makes the female cerci better for defense, because the scissor like shape allows them to jab at predators better than the super curved male cerci. Still can’t really hurt humans unless you line them up just right and aim for a sensitive spot, but I can do that with a pencil too (for those of you youngsters that only know the digital world – pencils are a writing instrument made out of a graphite mix and surrounded in wood – Google it, it’s really a thing).

Despite my picture of an earwig on one of my daylilies last summer, earwigs are primarily nocturnal (=active at night). They usually live in temperate moist areas and can easily be found under leaves, rocks, logs, flowerpots, and other sheltered hiding spots near the ground. Or, if there is close to a foot of snow on the ground like there is here, you might be able to find one crossing the bathroom floor or in some of the cracks around the basement floor boards.

There are more than 27 species of earwig found in North America, but the European Earwig is the one most commonly found in people’s homes and gardens (unless you’re in a particularly hot and humid state). The European Earwig, as its name suggests, is native to Europe, as well as parts of western Asia and northern Africa. It was first introduced (by accident) to North America in 1907 where it was discovered in Seattle, Washington. Since then it has happily spread throughout much of North America.

Earwigs are omnivorous insects – that means they’ll eat just about anything. This includes algae, fungi, dead bugs, and decaying matter. They will also eat plant leaves, buds, and flowers, although the amount of damage they inflict is highly variable depending on the crop. Sometimes earwigs are even considered beneficial instead of a pest, as they will eat live insects like aphids, mites, and maggots, although their beneficial merits are still much debated since they may also eat the plant while “protecting” it. Personally, I haven’t noticed any significant damage in my garden from these guys, but I have found at least one that took advantage of a bad spot in one of the peppers from my garden last year… I suppose hiding inside an edible pepper house is probably a good deal for the earwig?

Ok, if you’re still freaked out by these odd looking critters, here’s one more interesting note. Earwigs are good mommas! Unlike most insects (bees and wasps excluded), female earwigs will actually make a burrow for a nest and guard their eggs. Not only does the momma earwig guard her precious eggs, but she will regularly inspect and clean them to make sure they don’t have any mold or fungus growing on them. The mother earwig will continue to guard her eggs until after they hatch, sometimes helping the baby earwigs escape their shell, and until the baby earwigs are old enough to defend themselves. Often the mother will stay with her brood until she dies. If this happens, the old mother’s body provides the young earwigs with one last free meal. Talk about a dedicated mother! Something to think about next time you’re considering squishing one of these weird looking critters scurrying across your floor…

Want to read more about the European Earwig? Check out these resources:

Have you ever had a bug in your ear? I want to know! What was it? And how did you get it out? I look forward to hearing from you!

Want Bug News in print? We’ve got you covered :) Check out the Bug News 2022 wall calendar: 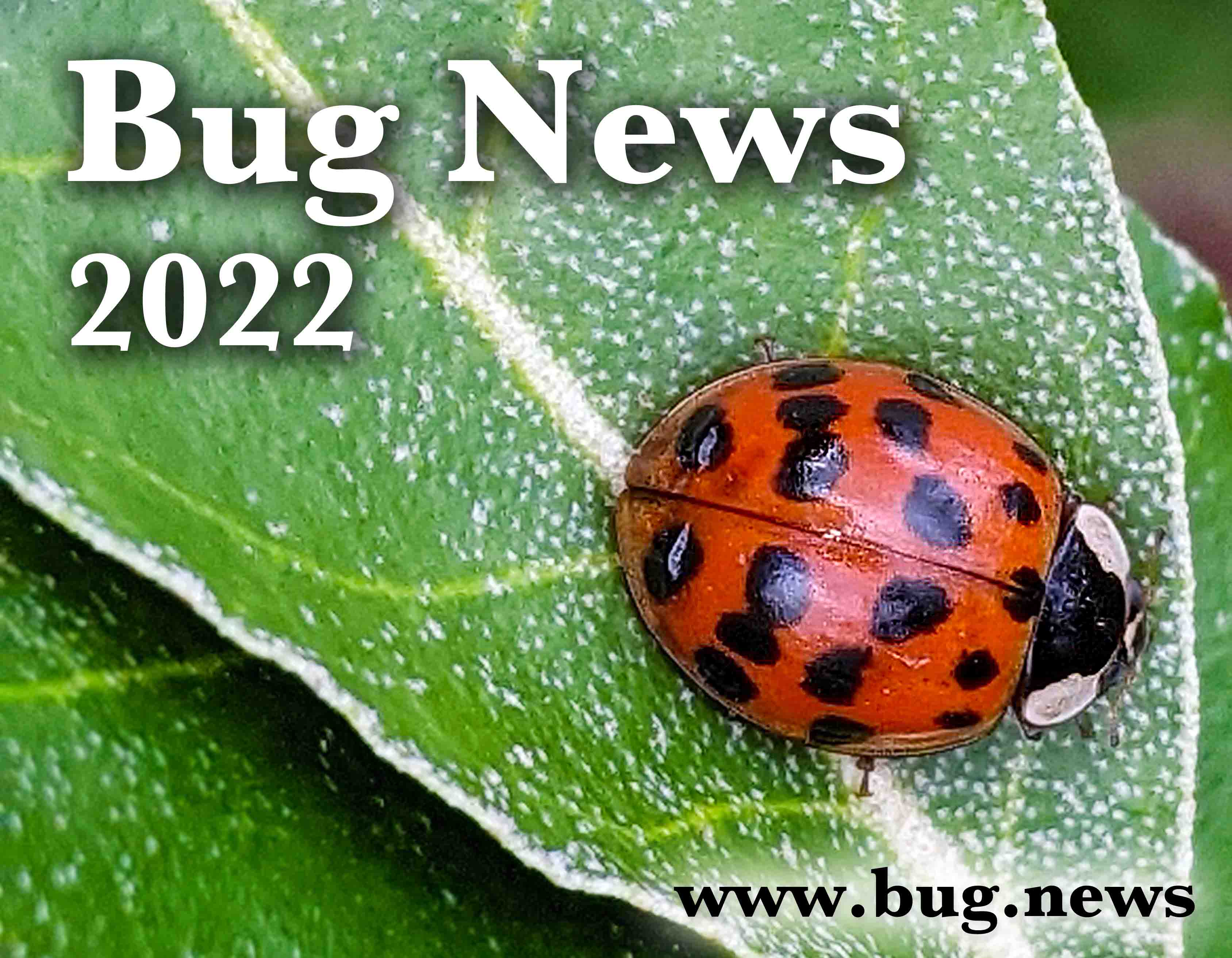 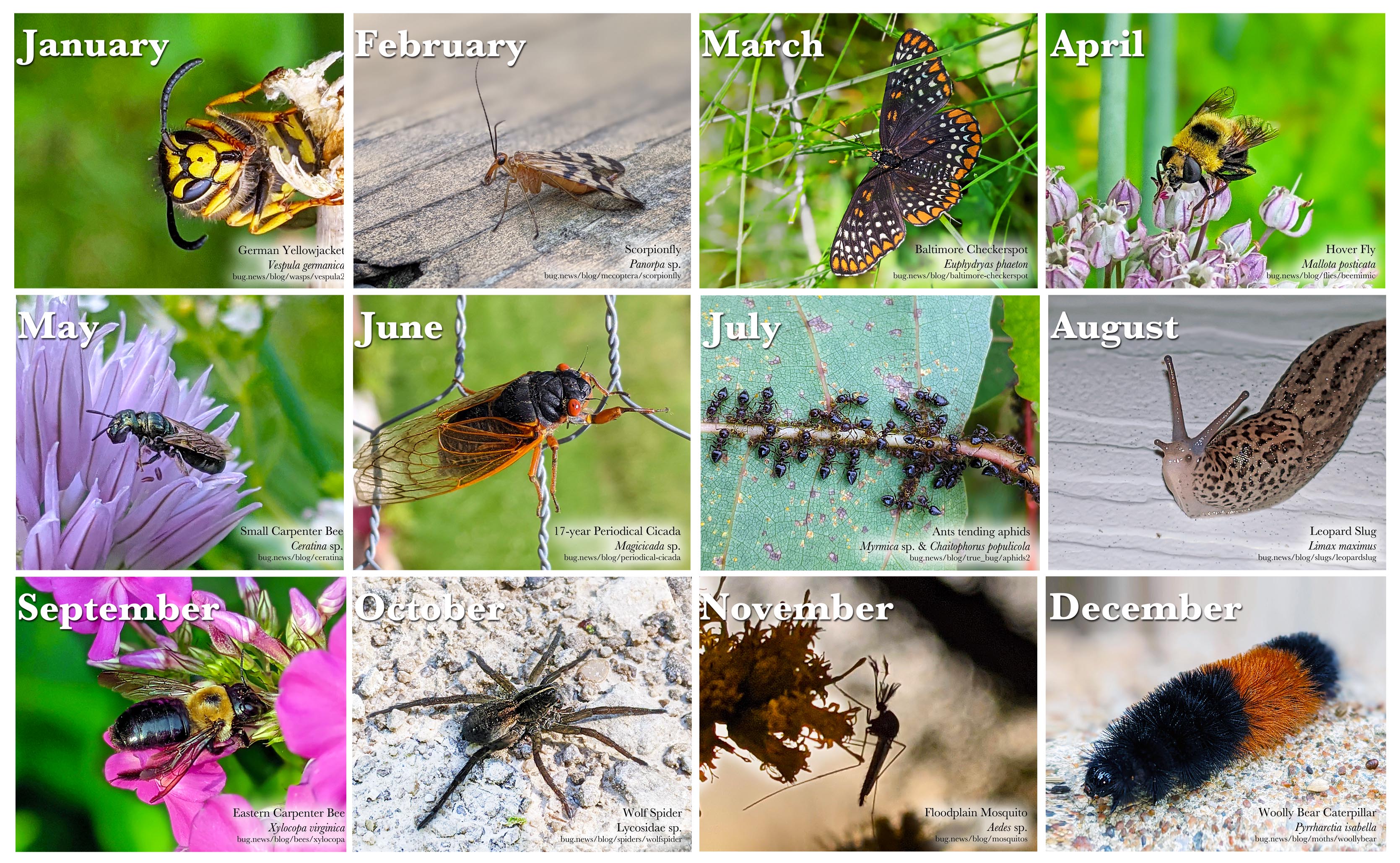 Our Bug News Newsletters are also now in print and available on Amazon.com:

There will be a cumulative 2021 newsletter compilation published soon as well. Stay tuned!

Timing is everything: The Common Looper Moth Winter of the Woodland Malaria Mosquito, Anopheles punctipennis